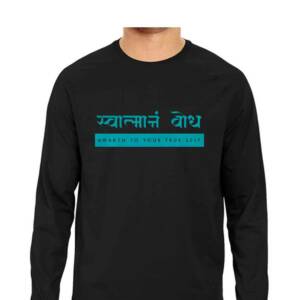 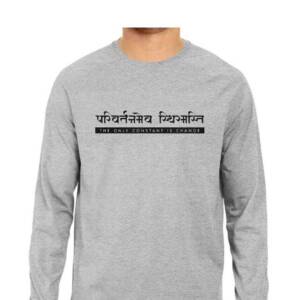 Have you ever realized that there is only one “you” in the world, why live life pretending to be others? 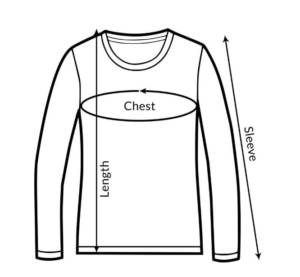 How to Be yourself ?

Often, we have aimed to emulate others in order to make a name for ourselves. Call it inspiration, peer pressure or anything else that comes to your mind, but haven’t we tried to follow others? While that is not a wrong thing to begin with, it is also not cool to continue aping others for life.

When we choose our path, we are often derided, mocked, even insulted, not only by others, but also our own loved ones. We often have dreaded this line, ‘What will people say?’, haven’t we?
But being yourself is a whole new feeling in itself. As Shri Krishna said in Bhagavad Gita, ‘A man’s own self is his best friend. A man’s own self is also his greatest foe’.

How to be yourself – Example from the Life of Maharana Pratap.

Take Maharana Pratap for instance. Even before he crossed paths with the Mughal ruler Akbar, his life wasn’t a bed of roses. Despite being the deserved heir to the legacy of Rana Udai Singh II, he had to fight tooth and nail for his place in his homeland, Mewar. Had self-doubt overwhelmed him, and had he thought of others’ opinion more than believing in himself, would he have been the famed warrior that he is?

How to be yourself – Example from the Life of Chhatrapati Shivaji Maharaj.

Even Chhatrapati Shivaji Maharaj is another great example of how self-identity can make all the difference. When he was invited to the court of Aurangzeb in Agra, he was made to stand among low ranked Mughal officials in the court. If he cared less about his own identity, he would have complied with whatever the tyrant would have ordered. But for Shivaji Raje, nothing could have come at the cost of his own identity, because that would defeat his purpose altogether – to liberate Bharat from the tyranny of the Mughals.

The day you change your perception from ‘Why Me’ to ‘Why Not Me’ is the day you will overcome most of your current problems. No doubt there will be obstacles, but making your own mark and succeeding is anyday better than trying to emulate others and reaching nowhere.

The most widely used piece of clothing today is a T-shirt that forms an integral part of your wardrobe – be it for your morning run, Gym, movie, Friday dressing at office, a campout with friends or maybe getting to bed! tfi-store offers a wide range of be yourself (स्वाभाविका भव) t shirts featuring Devbhasha Sanskrit Collection in the form of various quotes and graphics and historical warriors like Rani Keladi Chennamma and Lachit Borphukan from every corner of India, catering to Men, Women, Kids and Toddlers. Checkout our be yourself T shirt collection.

TFIStore from the house of The Frustrated Indian is trying to make Indian culture cool with its unique Historical Heroes and Sanskrit apparel collection. Now wear your History with pride and flaunt Devbhasha Sanskrit on your half sleeves t-shirt. Wide range of colors and designs are available. Choose your perfect design and colors and wear the glory. 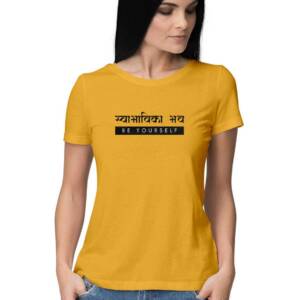 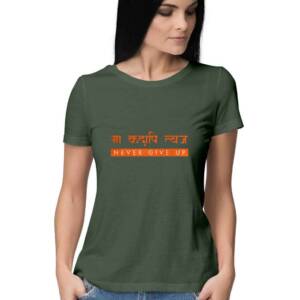 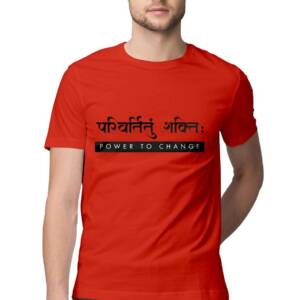 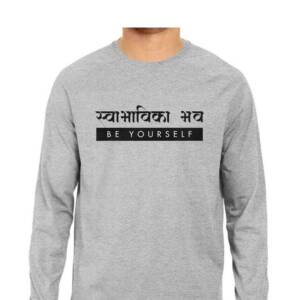