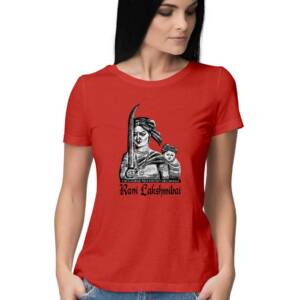 Rani Lakshmibai– Queen of Jhansi ₹699
Back to products

Manikarnika Tambe well known as Rani Lakshmibai : To some Britishers, she was more manly than than any man they had ever fought in their life.

Unlike other women, Rani Lakshmibai was made of real tough stuff. Born as Manikarnika Tambe to Moropant Tambe, a courtier to the ailing Peshwa Bajirao II, she spent most of her childhood in the company of warriors, especially the likes of Tatya Tope and Nana Dhondhu Pant, who later became famous as Nana Sahib.

Married at the age of 14 to Gangadhar Rao Newalkar, ruler of the Jhansi province, Manikarnika Tambe was given a new name: Lakshmibai. However, the marital bliss did not last long, as the son of the couple, Damodar Rao, died within months of his birth. Hardly had the Rani Lakshmibai (Jhansi ki Rani) been able to overcome this tragedy, when Gangadhar Rao breathed his last in November 1853.

Printed half sleeves T-Shirts are a cool way to dress up your kid to beat the summer heat. These soft cotton shirts often look cool on these toddlers, especially if they come with a unique quote and historical characters printed on them. We Use only the best fabric that is recommended is the cotton fabric. It is both soft and comfortable for your little one. Our T Shirt for kids offers an entirely new look to the wearer. You may try it out and see if it appeases you and your kid as well. Several other t-shirts which come in a blend of colors may also make your baby happy. This all t shirts are available in 7+ classic colors and 25+ styles for your kids and you as well. Checkout our Rani Lakshmibai collection.

TFIStore from the house of The Frustrated Indian is trying to make Indian culture cool with its unique Historical Heroes and Sanskrit apparel collection. Now wear your History with pride and flaunt Devbhasha Sanskrit on Kids round neck half sleeves t-shirt. 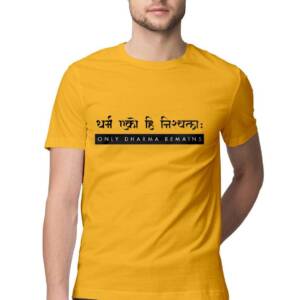 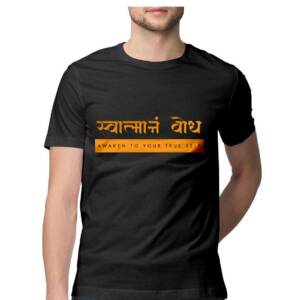 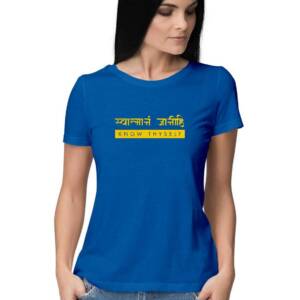 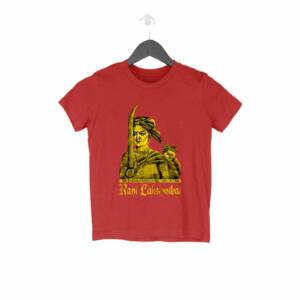