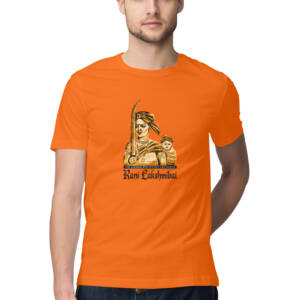 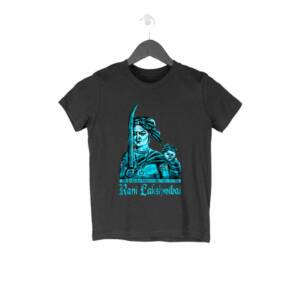 To some Britishers, she was more manly than than any man they had ever fought in their life.

Unlike other women, Rani Lakshmibai was made of real tough stuff. Born as Manikarnika Tambe to Moropant Tambe, a courtier to the ailing Peshwa Bajirao II, she spent most of her childhood in the company of warriors, especially the likes of Tatya Tope and Nana Dhondhu Pant, who later became famous as Nana Sahib.

Married at the age of 14 to Gangadhar Rao Newalkar, ruler of the Jhansi province, Manikarnika was given a new name: Lakshmibai. However, the marital bliss did not last long, as the son of the couple, Damodar Rao, died within months of his birth. Hardly had the Rani Lakshmibai (Queen of Jhansi) been able to overcome this tragedy, when Gangadhar Rao breathed his last in November 1853.

The grieving Queen of Jhansi was soon informed of a betrayal. Sensing an opportunity, James Broun Ramsay, also known as Lord Dalhousie, the then Governor General of India, ordered the Lakshmibai to leave the kingdom, since the Doctrine of Lapse made her and her adopted son Damodar Rao’s claims to the throne invalid. At this announcement, the Rani roared, ‘Main apni Jhansi nahin Doongi!’ [I won’t give up my Jhansi, come what may]

The young Queen of Jhansi was 29 years old, when the Great Revolt of 1857 broke out. Initially, Rani Lakshmibai wasn’t very enthusiastic about the same. However, when the British staked claim to her throne, she was forced to rebel and she gave the British a living nightmare. Try as he might, Sir Hugh Rose, the commander of the British forces couldn’t capture Rani Lakshmibai alive. She escaped on her horse with her son strapped to the back, though her horse Pavan, succumbed to his injuries later.

The most widely used piece of clothing today is a T-shirt that forms an integral part of your wardrobe – be it for your morning run, Gym, Friday dressing at office, a campout with friends or maybe getting to bed! tfi-store offers a wide range of t-shirts featuring Devbhasha Sanskrit Collection in the form of various quotes and graphics (images) and historical warriors like Rani Lakshmibai and Veerapandiya Kattabomman from every corner of India, catering to Men, Women, Kids and Toddlers. Checkout our Rani Lakshmibai collection.

TFIStore from the house of The Frustrated Indian is trying to make Indian culture cool with its unique Historical Heroes and Sanskrit apparel collection. Now wear your History with pride, rani Lakshmibai image on t-shirt. 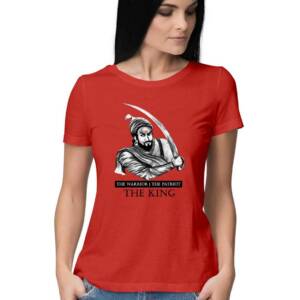 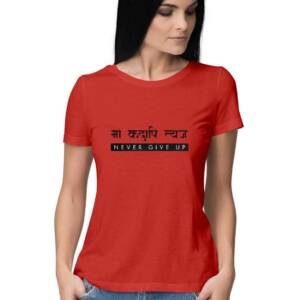 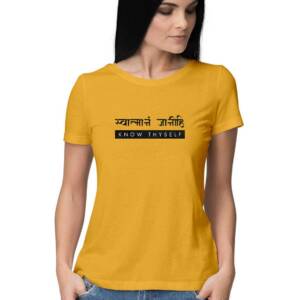 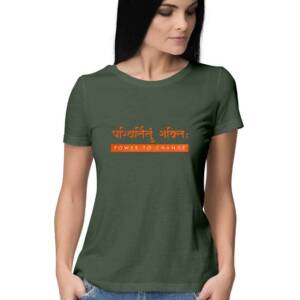 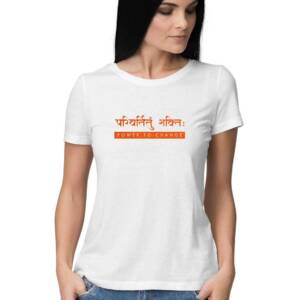 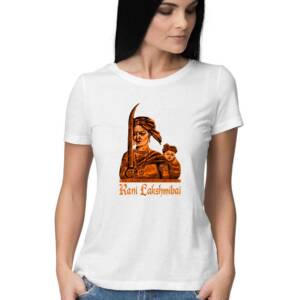