The mantra “sri rama rama rameti rame rame manorame sahasranama tat tulyam ramanama varanane” given in the Ram Rakshastotra of Lord Shri Ram, which is a great mantra, has been recited and is wonderful in itself. Only the word Ram of Lord Shri Ram is sufficient in itself, that he can rule the whole universe, so this mantra is a great mantra, you have to chant it and it is the name of Ram itself which is equal to the song of Vishnu Sahasranamam. Therefore, the fruit obtained by chanting hundreds of thousands of Vishnu Sahasranamam is obtained by chanting this mantra.

Rama or Ram, also known as Ramacandra, is the name of Purushotama who took an avatar in Treta-yuga. Rama is considered a maryada purushottama or the best protector of the Dharma. Goddess Parvati asked Lord Shiva about a sloka that can be easily read and that it is the same as Sahasranamam. 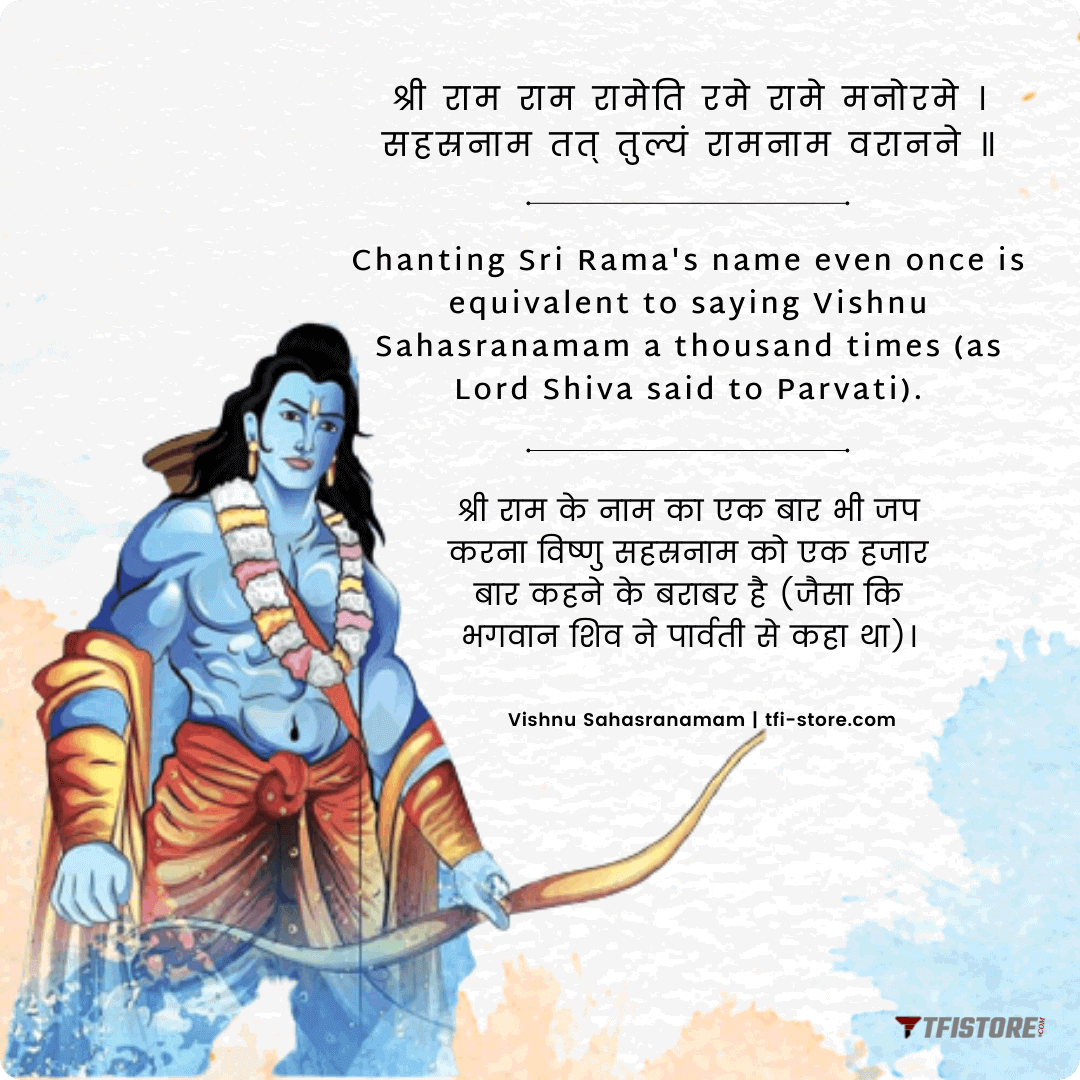 TFIStore from the house of The Frustrated Indian is trying to make Indian Culture cool with its unique historical Heroes and Sanskrit apparel collection. The mod designs, comfy fabric and unmatchable love for urbane clothing aren’t just some reasons you must check our T-shirts, Hoodies, Posters out but check them out for the cultural heritage they imbibe. Classic colours and sizes to choose from. Thank you for reading the Sri Rama Rama Rameti Mantra Article and Please share this with your friends and family.

close
We use cookies to improve your experience on our website. By browsing this website, you agree to our use of cookies.
Accept
Popular requests:
Start typing to see products you are looking for.